Where is Mars Hill in Athens

Areopagus or Mars Hill is a hill located to the northwest side of the Acropolis, that in ancient times hosted the court of Greece. The rocky outcrop of Areopagus offers visitors an exceptional view of Athens and in particular, the Acropolis, as well as the Ancient Agora below. The area is rich in history, as it is where a temple once stood and it was also the setting for Saint Paul’s preaching of the ‘Sermon of an Unknown God’. Let’s find out more about this ancient rocky hill. 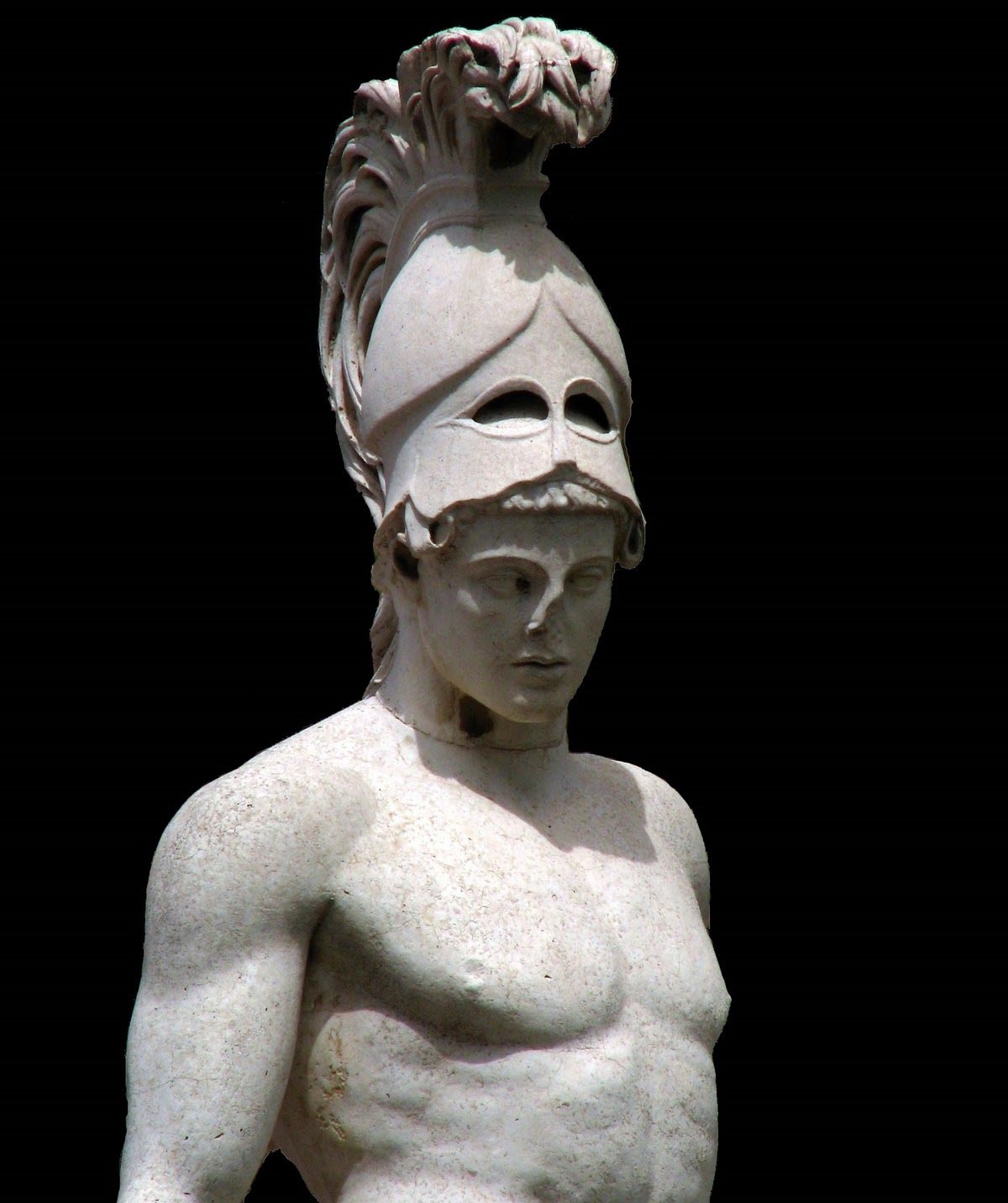 The Areopagus Hill (“Areios Pagos” in ancient greek) means the “Hill of Mars” and was named after the greek ancient god of war, Ares (Mars). According to the greek mythology, Mars was tried there by the Gods of Olympus for the murder of the son of Poseidon, Alirrothios.

According to another theory, the name comes from the “Ares” or “Erinyes” also known as the Furies in English, which were female chthonic deities of vengeance in ancient Greek religion and mythology. These terrible deities who persecuted the murderers, were worshiped in the Mars Hill, according to archaeological remains dating from the 11th century.

Today, the term Areopagus or "Areios Pagos" also refers to the judicial body that subsequently formed the higher court of modern Greece. 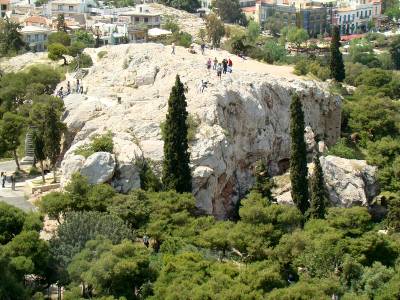 From a geological point of view, the hill of Areopagus is an enormous marble monolith of gray blue and red colours, reaching 115 meters in height, located on the west side of the Acropolis hill, between the ancient Agora and the entrance to the complex or “Propylaea”. 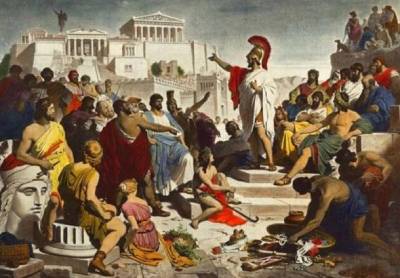 According to Greek mythology, the hill had once been the setting of many mythological trials, such as the one of Zeus' son Ares (Mars) that we described above. In his defense, he protested that he was protecting his daughter, Allepe from Alirrothios’ unwanted advances. A second trial that is said to have taken there was the trial of Orestes who murdered his mother, Clytemnestra, and her lover.

The Council of Elders started using the hilltop as a meeting place in 508- 507 BC. The council was sizable, consisting of 500 men – 50 men from each phylai – clan. The role of the Council was similar to that of a Senate and its members were given the highest office. By 462 BC the role of the Council of Elders had completely changed and one of its most important tasks was the trial of serious crimes including murder and arson.

The court met on the hill in order to be "in the countryside”. That happened because the Greeks believed that the Judges should not be under the same roof as the accused, so that the “contagion” of the murder would not be transmitted to them. It was also the place to worship the Semnian gods “Erinyes” or Eumenides.

Also on the northern slope of the hill was located a cemetery with vaulted and carved tombs dating back to the Mycenaean and geometric period (1600 - 700 BC). It is speculated that this was the oldest cemetery in ancient Athens.

Around 51 AD. Apostle Paul spoke to the Athenians and preached Christianity for the first time in Athens, sitting on the Areopagus Hill. From his sermon he seems to have won two adherents: a woman named Damaris and the eminent Dionysios Areopagitis. Dionysos Areopagitis was an Athenian judge at the Areopagus Court in Athens, who after he was converted to Christianity, became the first Bishop of Athens. Canonized by the Orthodox Church he became, and still is, the patron saint of Athens and he is venerated as a saint in the Catholic and the Eastern Orthodox churches. In memory of Apostle Paul’s speech in Athens, each time the Pope visits the city, he climbs Areopagus Hill. There is also a bronze plaque commemorating the Apostle’s sermon situated at the foot of the rock.

During the "late Roman period" (4th - 6th century AD) on the northern slope of the hill and above the ancient buildings of classical times were built four luxurious villas that probably belonged to sophists and functioned as philosophical schools.

On the 16th or 17th century, a Christian church was erected at the top of the hill in honor of Dionysios of Areopagitis, which was destroyed by an earthquake at the beginning of the 18th century and its ruins were removed during the reign of King Otto. 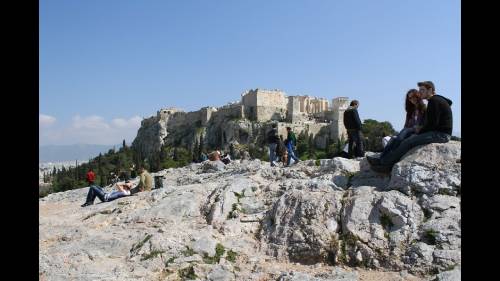 Today anyone can visit the Mars hill for free. A lot of tourists visit the rock to walk where there used to be the ancient greek court of justice or where Apostle Paul preached Christianity to Athenians and feel like entering history itself. As well as soaking up the atmosphere of this dramatic hilltop, it is worth visiting Areopagus Hill because of the amazing view it offers of the Acropolis, the ancient Agora and other sites like the Stoa of Atticus, the Byzantine church of Ayioi Apostoloi and the Temple of Hephaestus. Many young people go up there just to watch the sunset or relax with a beer. It is also a nice spot to take pictures of Parthenon and the city.

Whether you rent a car or choose another transportation means, visit this fascinating place and don’t miss the chance to stand in the footsteps of the ancient greek legislators and philosophers that were gathering there to address the public and conduct trials as well as where Apostle St. Paul addressed the Greeks and preached Christianity.