How to get around Athens Greece

How to get around Athens Greece

Athens is a walkable city, and in combination with the use of the metro, someone can get around it relatively easily. Also, it is a great way to get the vibe of the city center and visit the main attractions. Fortunately, the most interesting parts of Athens are within walking distance, and although there is a lot of traffic on the roads, there are many pedestrian-only streets linking the main tourist area sights. Most popular places in Athens are also connected to the metro, which is very easy to navigate and efficient and can take you out of the city center if you want to. If you use it in combination with the buses and tram, you can practically go everywhere! There is also always the possibility of moving by taxi, or by renting a car.

Let’s take a more detailed picture of how someone can get around Athens city in Greece. 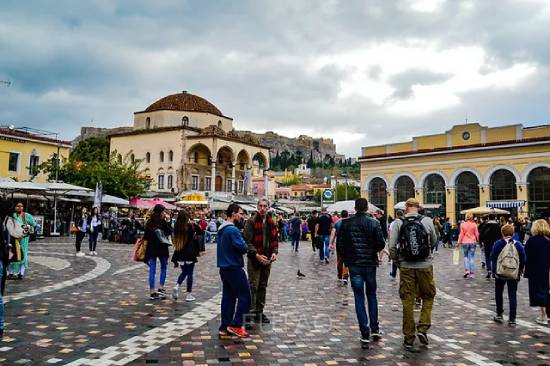 Central Athens is pretty much easy to navigate on foot, as described above. Most archaeological sites and monuments are located in the city center and within a small distance to walk from one another. One beautiful route is to start from Syntagma Square and walk towards Monastiraki. From there, you can walk around the shopping streets or move towards Plaka and Anafiotika or Thissio. From Thissio, you can visit on foot Gazi and Metaxourgio to take a look at the more urban side of the center. Finally, one of Athens's most popular pedestrian streets is Dionysiou Areopagitou street, adjacent to the south slope of the Acropolis in the Makrygianni district of Athens. 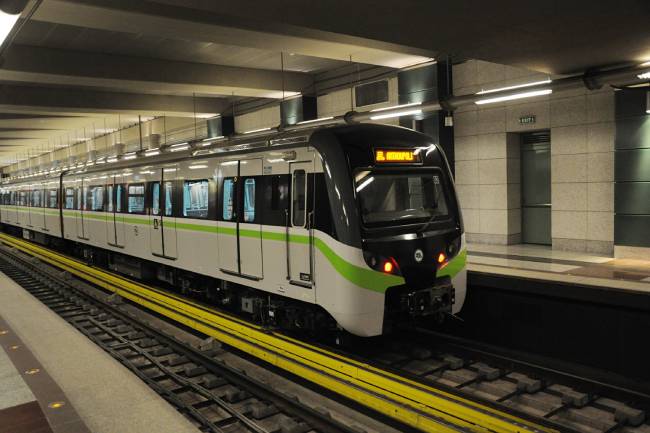 The metro is undoubted the easiest and quick way to get around Athens. The metro lines run every four to 30 minutes, depending on the root, from 5:00 or 5:30 a.m. to 12:20, 1 or 2:20 a.m. daily. The Athens Metro consists of 3 lines that will get you to most of the popular Athens sites. Line 1 starts will take you from Piraeus, the main port of Athens, to the north suburbs of Athens through Thissio, Monastiraki, Omonia, and other stops, with the final station to be on Kifissia. The route of Line 2 connects the suburbs of Peristeri and Elliniko and includes a stop at Akropolis metro station and Syntagma square. Line 3 links the western suburb of Egaleo and the Athens International Airport, stopping at Syntagma Square and Monastiraki. The metro ticket costs 1,20 euros for 90 minutes, 4,10 euros for one day, and 8,20 for five days (which includes all three metro lines, buses, trolley-buses, and trams, but it is not valid for the Airport lines). You can also buy a 3-day tourist ticket which includes a 2-way trip from and to the Athens International Airport. 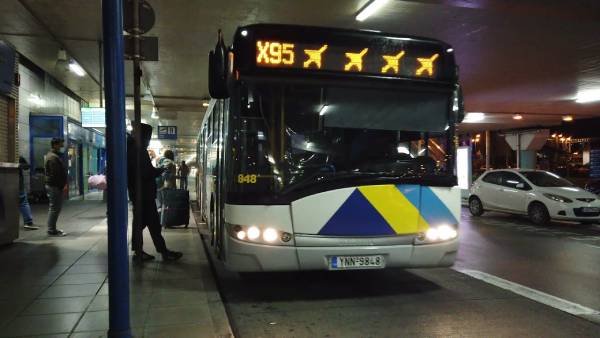 The buses and trolleys of Athens are a cost-effective way to move almost everywhere in Athens. However, the bus network can be confusing and a little bit uncomfortable, and schedules may vary. Multiple downtown bus routes and four EXPRESS airport routes are available in Athens. Standard Flat Fare Tickets for rides within 90 minutes are 1.40 euros, while EXPRESS buses require a separate ticket that costs 6 euros. 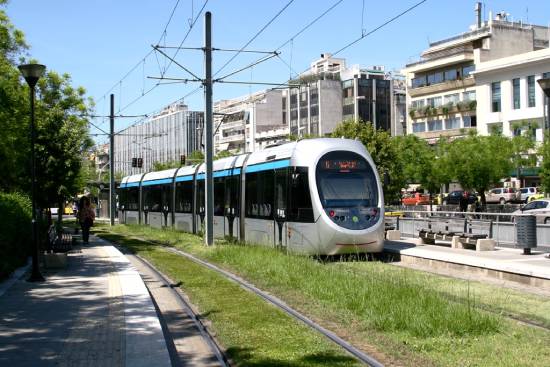 The environmentally friendly tram connects Syntagma Square with bicoastal cities like Palaio Faliro, Moschato, and Glyfada. Three tram lines operate every 15 to 40 minutes, starting at 5:30 a.m., with service ending at 12:30 a.m. Monday through Friday and at 2:30 a.m. on weekends. This mode of transportation is to be considered when you plan on visiting places that are not reached by the metro line, like the Temple of Olympian Zeus and Athens’ beaches. The basic ticket costs 1.40 euros for 90 minutes of unlimited rides. 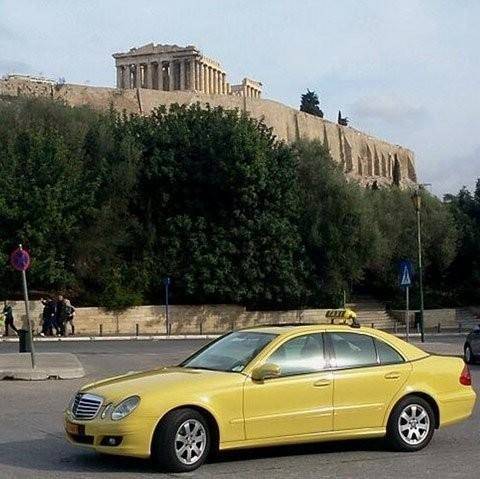 You can take a taxi if you don't like public transportation or need a special ride. You might want to reserve one in advance as sometimes it is difficult to catch one. Taxi fees start at 3.16 euros per ride during the day, with an additional cost of 0.46 euros per kilometer traveled. Extra charges apply for traveling during the night, baggage, and pick-ups from ports, bus terminals, and rail stations. One-way airport transfers cost 38 euros during the day and 54 euros at night. Bare in mind that the taxi driver might also pick up other people en route, but fares will not be split.

If you want to keep moving and your trip includes many different routes or even a little trip outside the center of Athens, you might want to use a car to make the most of your vacation. With a car, you can drive around Athens or make a day trip somewhere close to Athens. A few very interesting places close to the city, ideal for a day trip, are:

Delphi: The archaeological ruins of Delphi, where an oracle shared advice and prophecies during the ancient Greek period, are in an enchanting natural setting between two craggy peaks of Mount Parnassus. Delphi is 2 hours and 20 minutes away from Athens.

Ancient Olympia: It’s at least a 3.5-hour drive from Athens to Olympia, the home of the original Olympic games, but it is worth it. The attraction was built in honor of the god Zeus, and it is one of the most sacred ancient centers of religious worship.

Nafplion: Old Nafplion is considered one of the most attractive towns in Greece. It only takes 2 hours to drive to Nafplion, a town that was the former capital of Greece. It has two mountains that overlook the town and the small island fortress called the Bourtzi. The city has a plethora of shops, cafes, restaurants, old buildings, and hotels you can choose from according to your budget.

If you're set on having your own set of wheels, hire a vehicle from Kosmos Car Rental and ensure a safe and comfortable ride on a reliable vehicle.